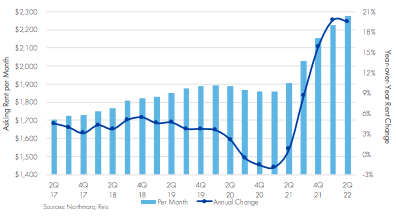 The overall average U.S. asking rents have decreased by $1 (or 0.1%) in August down to $1,718 (as seen in the graph below) and year over year growth has actually decelerated by 170 basis points to 10.9%. This decrease in rent is the first time since June of 2020 where there hasn’t been growth in the market rents. This slowdown is caused by the cooling economy and migration, as it tends to slow in the fall season. Nationally the average rents for year over year are still up 6.6%. Occupancy in the United States was at 96% for July.

There is a decline in immigration to the United States and population growth. In 2021 immigration to the United States was at 247,000 people compared to more than 1 million in 2016. Along with this, the U.S. birth rate is down 20% from what it was in 2007. Population growth has slowed to 0.6% annually and is projected to slow even more to 0.4% through 2035. This means that different factors will have to soon play into multifamily demand such as migration and housing formations. 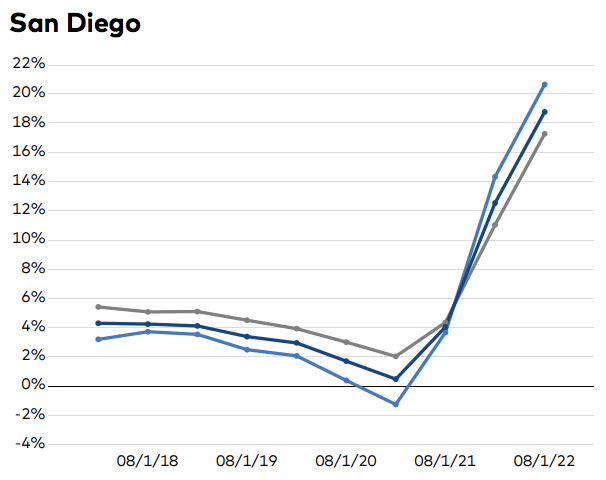 As seen in the graph above San Diego still has maintained growth in each sector. But with uncertainty in immigration and population growth it may not be too likely that it will maintain such a high growth rate over time.