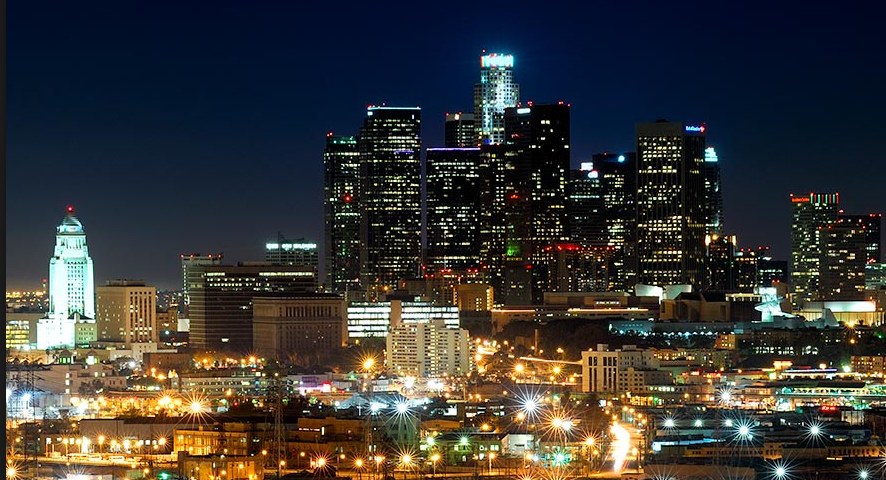 Below are some great slides and summaries provided by CoStar from last week’s presentation.

Based on CoStar data, there was a significant decrease in both annual demand. 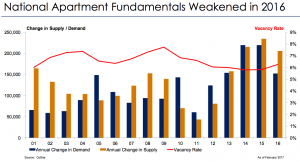 Something interesting to look at was the increase of homeownership in 2016 which could be directly correlated to the increase in vacancy perhaps in addition to the historically low interest rates. 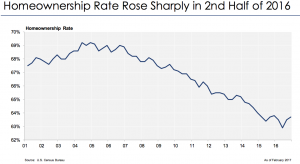 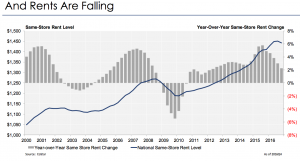 In the 54 Largest U.S. Metro areas, the projected apartment supply will increase nearly 38% since 2016. 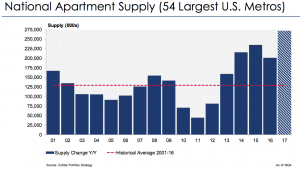 This slide highlights geographical pockets of heavy building, along with the new supply percentage of inventory. You see that Los Angeles is in the 8,000 range for new units which is about 2% of the total inventory. Certain sub-markets in Los Angeles will feel this building more than others in rental income, parts of Hollywood, Downtown Los Angeles, maybe Marina del Rey to name a few. For 2016 Q4- 2017 Q4 CoStar is projecting 12,500 new supply units for Los Angeles which about 2.25% of inventory. 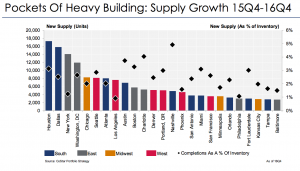 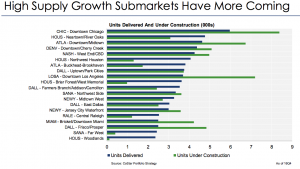 Here’s one of the last slides I found interesting from the presentation regarding foreign real estate investments slowing in 2016. 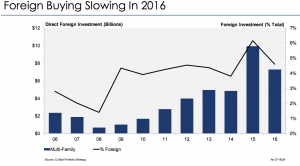