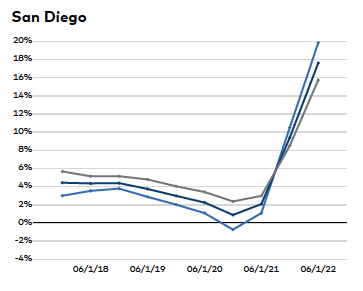 Posted at 16:11h in News by Eric von Bluecher
Share

With the US economy starting to slow, multifamily rents are still poised to increase. Demand has remained strong even with this high inflation we are seeing. It would seem that with less migration, rents would decrease but this is not the case. Foreign migration has declined by three-quarters over the past 5 years to 270,000 (due to the covid restrictions). With this, we have still seen record highs in rent that have continued to climb. It looks as though there will always be strong demand in the US for living but the question is when will rents start to slow down? It isn’t looking to slow anytime soon. 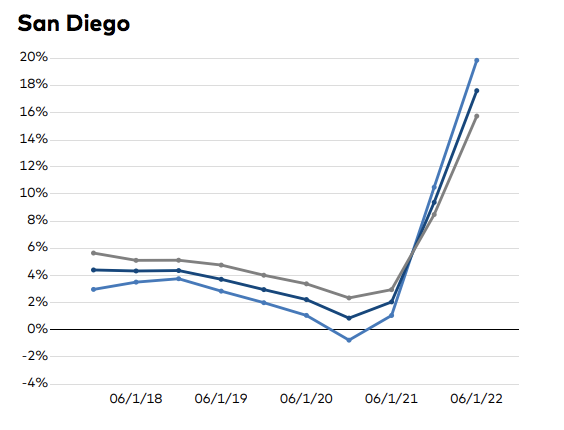 This graph represents the market rent growth by asset class. As seen above, the multifamily market looks to continue to heavily increase even with a slower economy.

National average rents have risen steadily and are only climbing higher.