Posted at 16:27h in News by Eric von Bluecher
Share 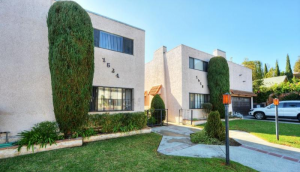 Los Angeles voters rejected ballot Measure S on Tuesday March 7, 2017 which was an initiative to change Los Angeles City laws governing modifying the general building plan and real estate developments. Voting “yes” to Measure S would support a moratorium on construction that would increase density for a period of two years in addition to certain amendments to the Los Angeles general plan and requiring a public review of the city’s general plan every five years. The measure would also require city staff to perform environmental impact reports as oppose to the developers. Voting “no” would leave the city laws unchanged.

There were many residents in support of Measure S, most of them sick of the large-scale development, traffic and overall changes to their neighborhoods. Those opposing Measure S mostly agree that the city needs more housing units to help reduce demand and increase affordability.

We are seeing development around the whole county, it’s a sign of where we are in the real estate cycle. I’ll never forget how many cranes I saw in New York, Los Angeles and San Diego 10 years ago. Los Angeles housing units are far behind the demand, especially from Hollywood to the West Side (see here for reports on real estate demand). People need a place to live, I cant imagine rents getting much higher that 50% of peoples income, just doesn’t make sense for a renter and isn’t sustainable. We’ll see what the future holds…