The estimated 12-month personal consumption expenditures (PCE) through October was 6% (as seen below). Inflation is still uncertain over the next few years. Forecasts show significant decline over the next year, but it has also been projected to do so multiple times in the past and did not, so it is still uncertain. To get on a path to inflation being back to 2%, it needs to start with raising interest rates to a level that is considered sufficiently restrictive. The target range has already increased by 3.75% since March and will likely increase more over time. 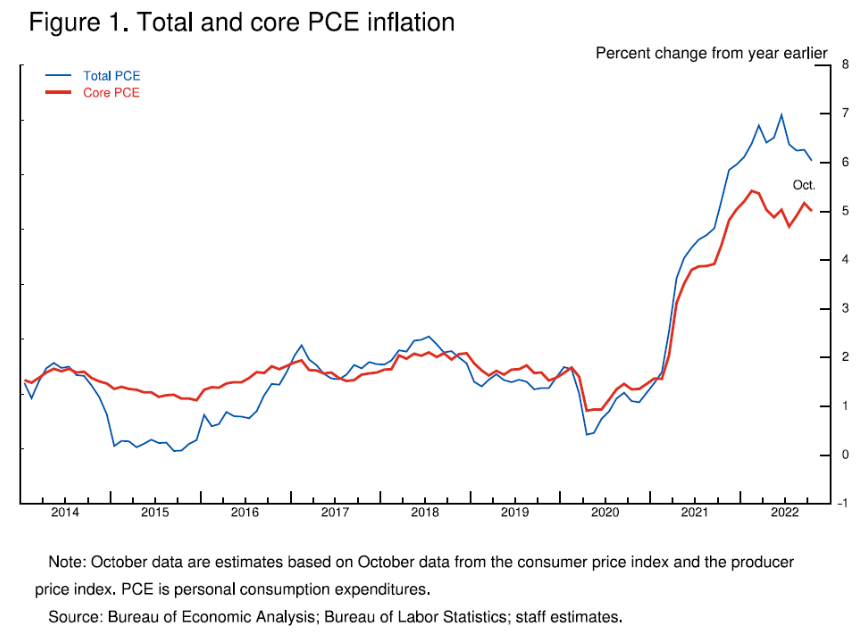 It is said that tightening the stance of policy is set to slow both growth and demand. Because of this, there will be time for suppliers to catch up with overall demand thus creating balance and yield stable prices over time. In order to reach this, there will need to be a period of below-trend growth.

Last year, the GDP grew at a strong 5.7%, while this year it was flat throughout the first 3 quarters and will need to continue to be at a slower pace for a sustained period. The demand for goods rose ever so high during the pandemic for products that were less readily available. The 12-month core good inflation is at 4.6% but has actually gone down by 3% throughout this year to reach that. It is trending to decelerate thus helping the demand catch up to the supply.

Housing services have seen inflation at 7.1% over the past year. It rose almost 20% through the pandemic but now has taken a sharp decline (as depicted in the graph below). But with this, newer leases have been jumping higher in prices to catch up with the market rents. This will continue to happen while rents are high until we see more of a decline in inflation in the coming years. 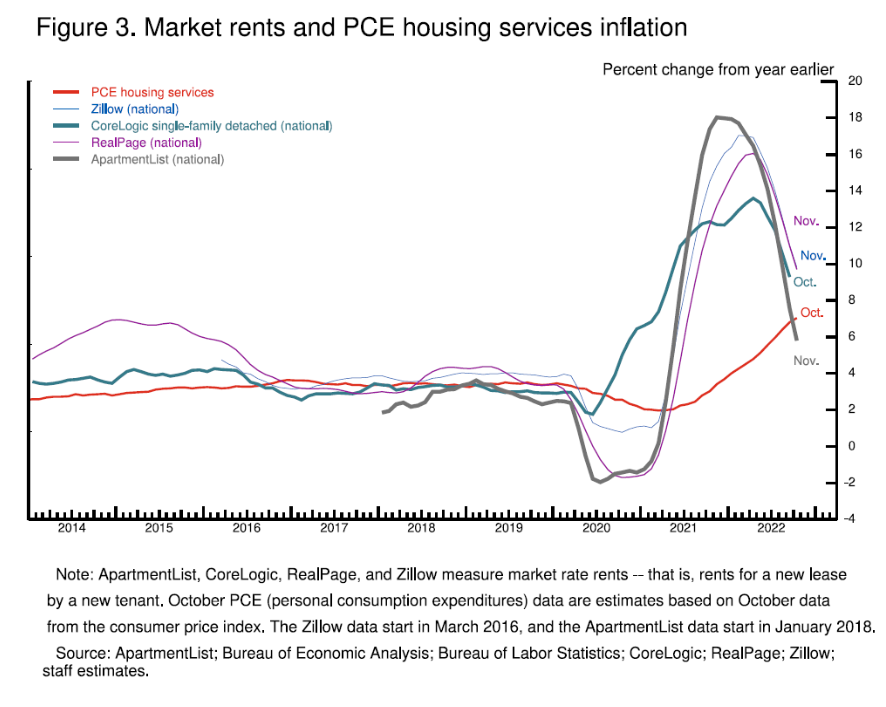 Unemployment is at 3.7% with more jobs available than those looking for work. GDP growth is slowing this year so throughout the first 7 months there were 450,000 job gains per month but has now dropped to 290,000 per month. Wage growth has been falling recently but it is still above the 2% over-time inflation. For wage growth to maintain stability, it will need to be consistent with the 2% inflation.

While the future is uncertain, growth has been declining throughout the US economy and is trending to continue this way to combat inflation. This will likely cause job loss and lower prices/growth over time throughout these categories.