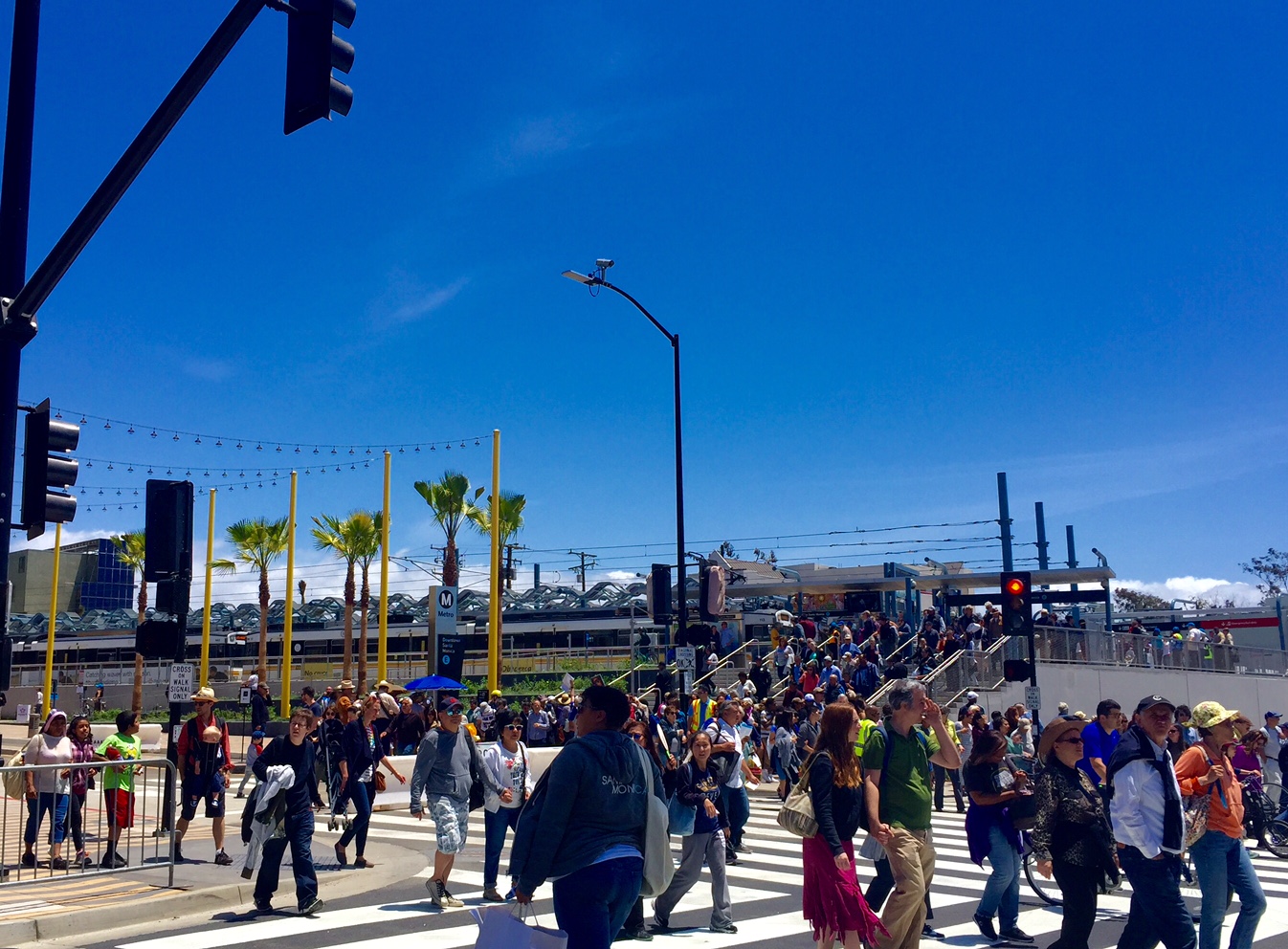 The Expo Line officially opened at noon on Friday May 20th, the picture above was taken around noon on Saturday showing plenty of crowds utilizing the transit system. The train will take you from Santa Monica to Downtown Los Angeles in 50 minutes.

“Looking at the schedule, a train during morning rush hour going eastbound from Santa Monica will have a slightly shorter ride into Downtown LA than a commuter heading west. An 8:30 a.m. train from the downtown SaMo station would arrive at Seventh/Metro Center at 9:17 a.m.—a 47-minute ride.

A passenger leaving Seventh/Metro a 8:01 a.m. would get to the end of the line in Santa Monica in 50 minutes, arriving at 8:51 a.m. Those trip times are the same at the end of the workday for evening rush hour too. Trains are running every 12 minutes, according to the schedule.” – Credit Per La.Curbed.Com writer Bianca Barragan, 5/5/16